You don’t need to tell me how important it is for young black girls to have dolls that are a reflection of their own image, I already know this first hand. As a child who grew up in the seventies/early eighties, black dolls were somewhat of a rarity as you can imagine. But this didn’t prevent my tenacious family from seeking them out. When I was around 7 I was gifted with a gorgeous black dolly which I named Suzie. Her complexion was a dark chocolate brown, and she had huge Bambi eyes with fluttering eyelashes.  I absolutely adored her. She was never too far away from me, snuggling up next to me in bed, as well as accompanying me on car journeys and visits to relatives. 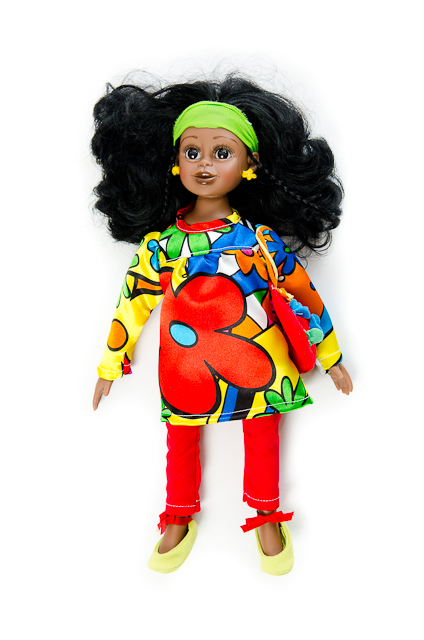 As time went on, Suzie started to look a bit worse for wear. Her ebony black curly tresses became matted, her clothes were grey and torn, and she may have even lost a limb, or two. Sooner or later my mum and I began to have daily battles about my need to hold onto her. Mum’s disdain for my dear Suzie grew so deep that one day when she was even more pissed off about her than usual, she christened her with the moniker ‘Big Dutty Suzie’. For those who aren’t au fait with Jamaican patois, that simply means: Big Dirty Suzie. From that day onwards that’s how my family would refer to my beloved dolly. They found it absolutely hilarious. Me, not so much. I can’t remember how the story ended and how I departed from Suzie, maybe she accidentally (on purpose) fell into our dustbin or something, who knows…

The reason I’m revisiting my Suzie story is a few weeks ago I received an email from the creators of a new line of black dolls called Rooti Dolls. The company also acknowledge the importance of creating dolls that reflect the image of children of African descent, but they haven taken it one step further. The genius of Rooti Dolls is not only are they super cute, but the dolls speak a range of African languages, which means that people from Ghana, Nigeria, Kenya, Sierra Leone, Uganda, Ivory Coast and many other African countries will be able to purchase dolls that speak their ethnic language. Cool, right? 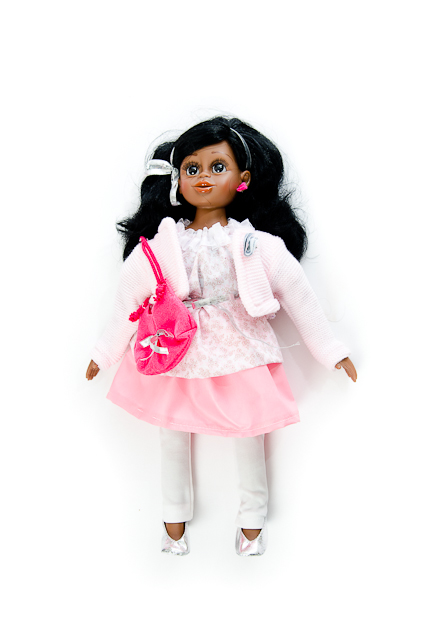 The thinking behind the dolls came about when the makers of Rooti Dolls discovered that a lot of African children both in their native land and the wider Diaspora, have little or no knowledge of their parents’ native tongue. Worried that if this trend continues a whole new generation will miss out on the rich, positive elements of their culture, they came up with this amazing concept to help preserve language and identity. They also tackle the issue of self image, producing a range of dolls in various shades of black, dressed in outfits that range from traditional African garments to western fashion styles. Priced at £40 each, these would make ideal Christmas presents for little girls. Visit www.rootidolls.com for further info.

3 responses to “Rooting for Rooti Dolls”